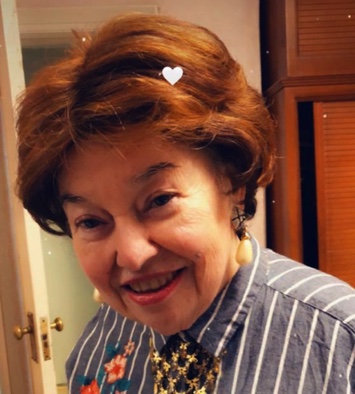 On my eighth birthday I received a green bicycle from my parents. I still have pictures of it. I would have slept with it, if I could. One day an acquaintance, around my age, asked to ride the bike. I allowed him. He drove off with that bike, stealing my most prized possession. I knew where he lived, and I told my mother what happened. It was on a Sunday, so my dad stayed with me while my mother went to talk to the mother of this young thief! Two hours later my mother returned with that bike, but she looked as if she had been crying. She spoke to my dad in private. When she returned I asked what happened? Did Robert (changed name to protect the guilty) get a beating? Her response was “If you only knew.”  Your father is going to give her a job, and you will help me bring food over to them. Robert’s mom worked as a secretary for my dad for many years. Robert became a close friend, and I learned from my mother “If you only knew.”

My mother was diagnosed with Alzheimer’s disease (officially, based on an F-petscan) in 2017.  I had seen a steady decline in her cognition and communication since. This past year that decline became more rapid, to the point where I was calling and texting every neurologist with a high Google rating for some sort of miraculous pause. One neurologist suggested the sweet reader program. It did not sound “miraculous.” It sounded ridiculous! How can a high school student slow down the insidious progression of Alzheimer’s disease? The Sweet Reader Program proved to be much more than I expected. My mother is singing. My mother is  dancing, but the miracle occurred yesterday.  My mother retold an experience she had with a sweet reader ambassador. It was detailed and her language was concise and fluid. Then she read the story the ambassador wrote. My mother can stare at a page for hours. She can’t read. Now she can. It wasn’t perfect, but it was unbelievable! I am truly grateful to the organizers involved in this program, and the amazingly dedicated and talented students who bring joy and learning to those who had lost it.